What is the Korumburra Round Table (KRT)?

We are a representative committee working in partnership with South Gippsland Shire Council and the Korumburra Community.  We consist of up to 17 community members mostly representing community groups whose primary focus is Korumburra. Our 3 Councillors (prior to dismissal) and a council officer also attend the meetings.

We are a conduit of information between Council and the Korumburra Community.

We also share what’s happening within the groups that we represent, gaining better understanding of all that is happening in Korumburra.

Applications for membership are considered in June & December each year. Community members are encouraged to apply, with preference given to those representing other community groups or those considered most suitable for the role. Members are elected for a 2-year term after which they can reapply with a maximum of 3 consecutive terms.

We meet once a month on a Thursday evening at Coal Creek Community Park & Museum.

What we are doing

With all the development planned for Korumburra in the coming years we are working closely with the Shire to ensure we receive the best outcomes for the community.

The Korumburra Revitalisation Project – consisting of the Community Hub and a new Streetscape for Commercial Street – is a Priority Project for the Shire.

The Old Kindergarten site in Little Commercial Street has been chosen for the new Community Hub, which will be the new home for Milpara Community House and the Library, along with the Historical Society, Senior Citizens and the Rotary Art Gallery.

This project, encompassing plenty of green space, will rebuild the core of Korumburra and link the Commercial Street retail precinct with the community/education/arts/culture hub situated directly behind it, with walkways leading through from one to the other.

Keep up to date with community events and updates via Facebook

Get in touch with us via email 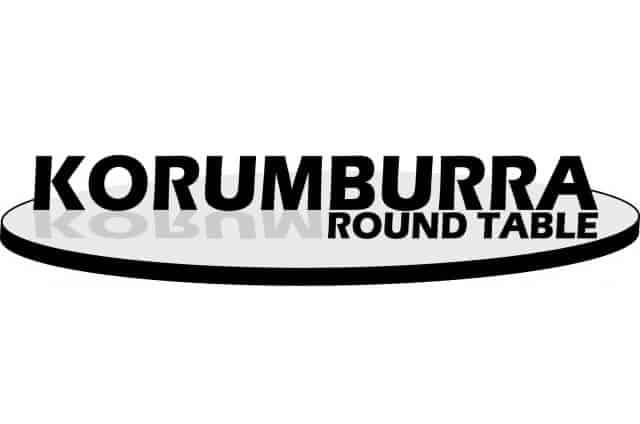 February 2020 Last Thursday night we held our February Round Table meeting at the Coal Creek meeting rooms. We kicked off with an update from […]
Read More

Last Thursday we held a special Round Table meeting, in the wake of the news about the Community Hub and its relocation. It was the […]
Read More