The railway arrived in 1891 as part of the South Gippsland line which ran from Dandenong to Port Albert. The beautiful Edwardian-era railway station was built in 1908, and still stands today.

The line was well known for its sharp curves and spectacular scenery. It was also one of the last lines to offer a ‘Mixed Passenger and Goods’ service in Victoria. The transported goods included farming produce, oil, explosives, grain, cement, superphosphate (used for fertiliser) and many other products.

Today, only the section of the line between Dandenong and Cranbourne remains open. The last V/Line passenger rail services passed through Korumburra on  24 July 1993.

While no longer active, the station is preserved as a heritage listed railway station. It is architecturally significant as a rare example of a station building in the Queen Anne style.

“The complex comprises of a large, predominantly single storey, brick station building with an upper level residence. The red brick, Queen Anne style building features stuccoed banding, terra cotta tiled hip and gable roof with ridge cresting, dormer windows, cantilevered platform verandah and a pedimented entrance to the lobby.
…
It is historically significant as an important element of the Great Southern Railway and for its role as a marshalling point for goods trains that faced steep descents in both directions, as the junction for lines from local coal mines and as the starting point for other branch services. In a local sense, it demonstrates the early significance of Korumburra that, at the time, was the largest and most important town in the Shire. (AHC criteria – A.4 and D.2)“

The rail line which passes through the town will become an extension of the Great Southern Rail Trail. In 2019 the council announced a successful lease with VicTrack to secure use of the rail corridor from Leongatha to Nyora for 18 years.

The Korumburra to Leongatha extension is anticipated to be completed by late 2021. 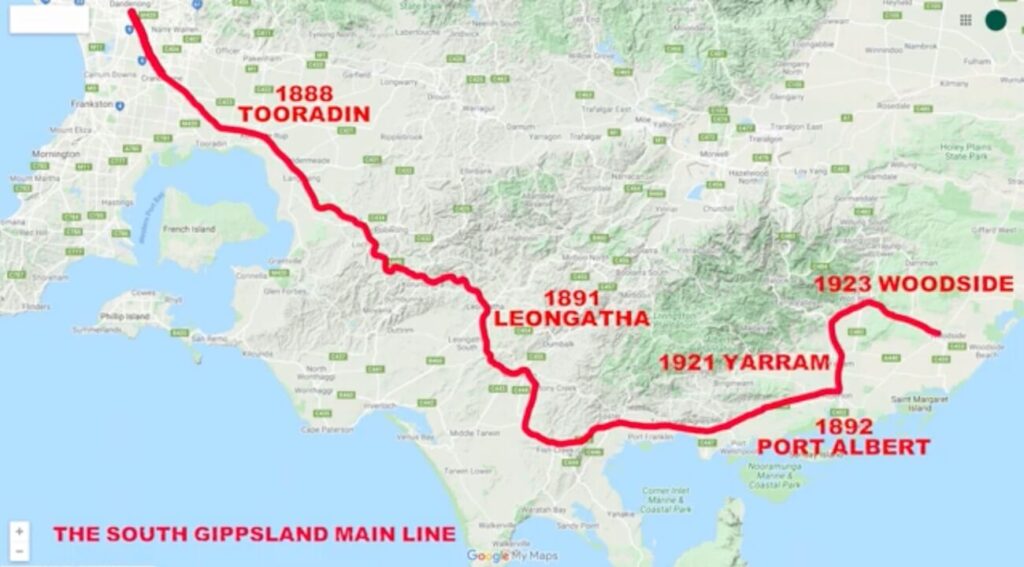 Following is a brief documentary of the rail trail and how it was developed starting in the late 1800’s. While most of the line no longer serves as an active […]